The traditional September event of Apple is already at the doorstep, and with it the reports and rumors that the firm will present a completely new and high-power 16 inch MacBook Pro will grow strongly. But how will it look? How fast will it be? And most importantly, how much will it cost?

Therefore, we have gathered all the news, rumors and news that are circulating in the technological world, to give you all the information you need to know about Apple’s next 16-inch MacBook Pro.

It has not been an easy task to get information about the price and the launch date of the 16-inch MacBook Pro, but despite some background that allowed us to advance some theories about it, now it seems that the new MacBook Pro, as well as the next iPad Pro will probably not arrive this year as previously expected. The analyst Ming-Chi Kuo, who is generally aware of Apple’s next devices, says they will not arrive until the first quarter of 2020.

This new report goes against many of the rumors (including Kuo’s own reports) that pointed towards a release in late fall. It should be noted that a spring launch would be unprecedented in the typical Apple cycle for a redesigned MacBook Pro. 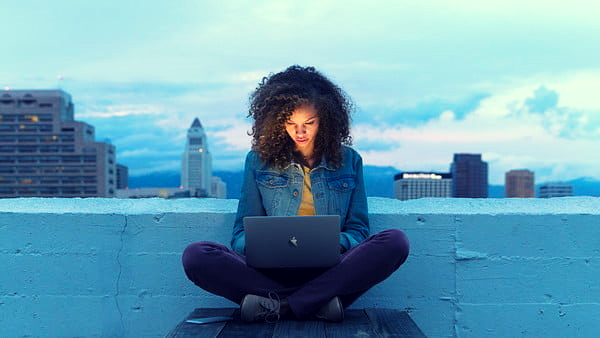 This goes against previous reports that claimed the launch was imminent, and that it was going to take place at the September event of Apple. A clue came several weeks ago, when Apple registered seven new laptops with the Eurasian Economic Commission (ECC). These devices were believed to be updates to the MacBook Air and a new 16-inch MacBook Pro.

Apple only registers new devices in the ECC when it is about to launch them. In August 2018, he introduced four new Apple Watch models , and a month later, he launched Series 4 of his smart watch. In January 2019, it registered seven iPad models, and in March the new versions of iPad mini and iPad Air arrived .

As for the price, the deduction we can make is that the device is probably expensive. Taking into account that Apple updated its 13 and 15-inch MacBook Pro models , if a 16-inch laptop arrived at a reasonable price and with such a short time difference, that would be something that could irritate many who had just bought a model launched at beginning of the year

This way, the 16-inch MacBook Pro will have to position itself as something special, totally different from the updated models. If that were the case, you probably have a lot of added features that will raise your price to an ultra premium level.

Many think that Face ID is one of those advances from Apple that, once you’ve used it, everything that came before feels somewhat primitive. It works almost perfectly and is much safer than rival systems, without being a burden or an obstacle in the use of the company’s phones or tablets. However, its success in iPhones raises the question: why was Face ID not yet implemented in Apple computers?

That could change soon, since Apple has just obtained patent approval for a system similar to Face ID that can be implemented on a MacBook. The patent was filed in 2017, before the launch of the iPhone X put Face ID in the light of day. The basic idea is that a Mac could be equipped with a set of sensors that detect what is happening around it.

In other words, it seems that this describes a system that could log into your Mac if it recognizes your face. In other words, Face ID for Mac. Although this possible inclusion has not yet been announced, it would not be surprising if it is included in the company’s next MacBook. We will keep you informed if this is confirmed.

How much do you like your 15-inch MacBook Pro? If you have one, it could be one of the last of its kind, since Apple is supposed to eliminate this model soon due to the arrival of the next 16 ″ MacBook.

That is precisely what a new report by industry analysts at IHS Markit states. The team led by Jeff Lin, associate director of research and analysis at IHS, explained in a post that the 15-inch MacBook Pro will be totally replaced by the 16-inch model. 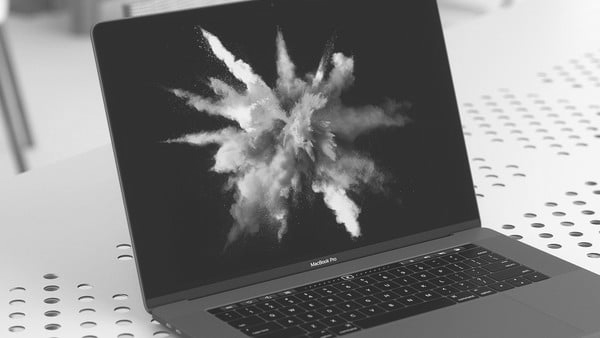 Speaking to Forbes , Lin said the new 16-inch MacBook Pro would come with the Intel Coffee Lake-H Refresh processors currently used in the 15-inch MacBook Pro. Other reports have suggested that this model will have a 3,072 x 1,920 resolution screen with thin bezels, and could also arrive with the Apple scissor switch keyboard, which is supposedly in process.

IHS Markit previously reported that the 16-inch MacBook Pro is scheduled for a release date in September 2019, and Lin said the device will debut as long as “there is no unexpected development problem.”

There have been few who have thought that, with the presentation of the new Mac Pro , Apple has opted for a niche product, especially considering prices that start at $ 6,000 and can even reach $ 50,000 if you decide to equip it with all The possible features. But will the 16-inch MacBook Pro also be a niche product?

At this point, Apple seems to point in a somewhat different direction. With the 2016 models, those of Cupertino managed to compress a very powerful machine in a much more compact form, similar to a larger version of the 12-inch MacBook.

With these models, Apple achieved its goal of combining power and portability. Indeed, a MacBook Air was no longer “exclusively” needed to take it from one place to another: the new machines were small enough to fit comfortably in any bag or backpack, and could do virtually everything. But many missed the old 17-inch screens, especially if they worked on photo editing.

The rumored new model suggests that smaller bezels could put a 16-inch screen in the same format as the current 15 ”model. This means that it would be just as portable, and in addition its smaller bezels would also give it a more updated look.

But a larger screen in a more compact housing is not everything. Ming-Chi Kuo has suggested that Apple would abandon the unpopular butterfly keyboard and replace it with the longed for scissor keyboard, a revival that would arrive just with the 16-inch MacBook Pro this 2019.

We do not know what else the new machine can offer. An OLED screen should probably be discarded at this point (as explained below). However, the Face ID is on its way to the Macs, and we would not be surprised if this applauded “made in Apple” technology appeared on the MacBook Pro 16 ”this year.

Now, think about it: a 16-inch screen, a reliable keyboard and face identification would add a pretty attractive package. Sure, but what price would you be willing to pay? Until September arrives, we will not be able to comment with ownership.

Solid information we have is on your screen. The analyst Ming Chi-Kuo estimated that Apple will launch a “completely new” MacBook Pro, with a screen that could vary between 16 and 16.5 inches. That would make it the largest Apple MacBook, since the company stopped selling the 17-inch model.

The latest version on this item comes from IHS Markit , a firm that claimed to have obtained more details about the new equipment, as it would have a TFT LCD panel, manufactured by LG Display.

If that becomes true, it reduces hopes that Apple will incorporate an OLED screen into its 16-inch MacBook Pro. However, the manufacturer has never rushed to implement relatively new technology. His mantra is not to be the first, but the best. If the firm does not consider itself capable of equipping its new equipment with an OLED display, it will not do so until it is fully prepared. We expect the design of the 16-inch MacBook Pro to be similar to the current one, but with a big difference: the screen bezels. The versions suggest that the edges will be thinner than the current Mac, which will give more space to the screen without Apple having to increase the dimensions of the computer.

For now there have been no news about other changes in the design, so we will have to wait and see what happens in the coming weeks and months.

Anyway, you probably won’t change your keyboard. Since its debut in 2016, Apple’s Butterfly keyboard has undergone a revision every year, in an attempt to make it quieter and, supposedly, reduce its failure rate (although this last point has never been officially confirmed). According to an iFixit analysis , in 2019 the Butterfly keyboard received a new membrane and mechanism material under the key. If Apple updated it this year, it could hardly present a new one a few months later.

Apple could have introduced the Butterfly keyboard to make the MacBook Pro thinner and to free up internal space, due to its more efficient mechanism. That’s the same reason he removed the 3.5mm headphone jack from his iPhone: on well-designed devices, the internal space is tight.

Considering this, it is unlikely that Apple will replace its keyboard with a new design with larger keys, as some users have claimed . The only way Apple would give its 16-inch device a new keyboard is if it has a new design, and as we have pointed out, that seems impossible this year.

With rumors centered on the 16-inch MacBook Pro screen, very little has been said about its potential performance. But if you intend to be the best Apple laptop, then your performance should be really impressive.
Interestingly, Intel is ready to launch its tenth-generation Ice Lake processors this year. We can easily see them making their way into a high-end MacBook Pro. Its chips are said to be based on Intel’s 10nm Sunny Cove architecture, which will make them more efficient in terms of power consumption, something indispensable for any laptop that combines thinness and power. At the moment, only the Y and U series processors are available, which means that the higher clock speeds and core counts would be for the 15-inch MacBook Pro. 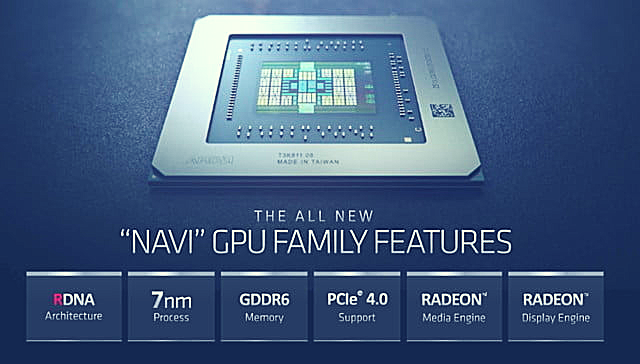 On the other hand, there is the possibility that the 16-inch MacBook Pro has AMD Navi graphics processors . In January, we reported that references to Navi had been detected in the MacOS Mojave 14.2 beta code . If Apple makes its operating system compatible with the next AMD processors, it is almost certain that it will be on at least one Mac device.
In addition, the 16-inch MacBook Pro would be the perfect place: an all-new AMD graphics chip inside a completely renovated MacBook.
Navi is based on a 7 nm architecture and is aimed at the mid-range market, so it could end up being the default graphics card or the first upgrade option on the 16-inch MacBook Pro. Apple generally works with AMD to incorporate custom graphics processors into its MacBooks, so Navi should do the same.
We will continue to update this article as we receive more information about Apple’s next 16-inch MacBook Pro.