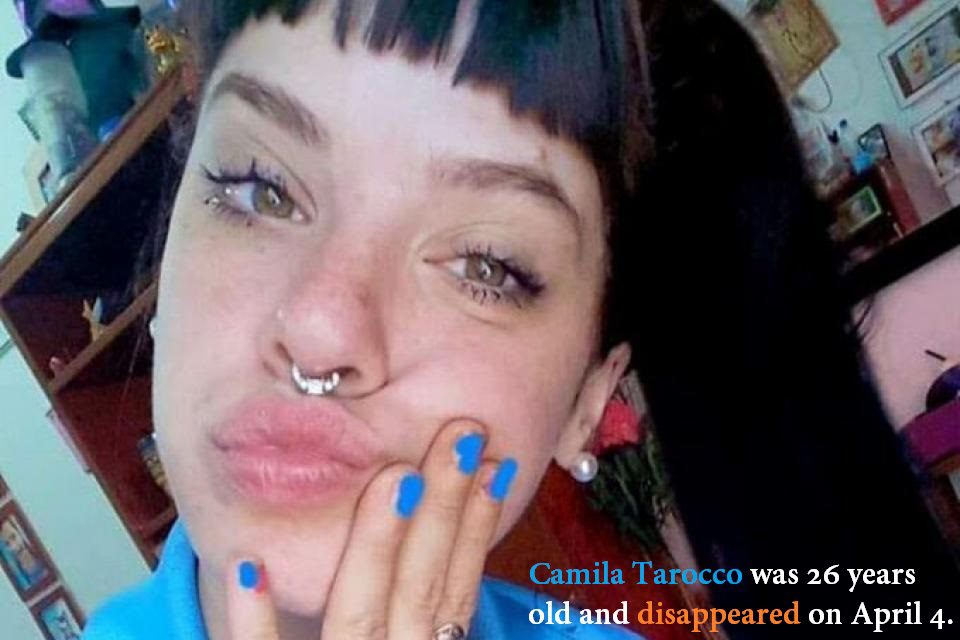 Camila Tarocco was buried near the house of her former partner, who was already detained. They found the body of Camila Tarocco, the missing young woman in Moreno.

The body was found in waste ground. The man suspected of femicide already had a history of gender violence.

The body of Camila Aldana Tarocco, the 26-year-old girl who had disappeared a week and a half ago in the Buenos Aires party of Moreno, was found buried 200 meters from the home of her former partner, who was already detained as a suspect in femicide.

The discovery was made around 0.30 in a field located on Monsegur avenue and San Cayetano street.

He was detected by a police crew that noticed earth moved among some grasslands and finally found a black bag that contained the woman’s body.

The place is located about 20 blocks from the victim’s house and two blocks from that of the main accused, Ariel Alberto González, who already had a history of gender violence.

Prosecutor 3 of Moreno-General Rodríguez in charge of the case, Luisa Pontecorvo, ordered the transfer to General Rodríguez’s judicial morgue, where she will undergo an autopsy in order to establish the cause of death and the date.

Camila Tarocco had disappeared the morning of Saturday the 4th of this month and on Monday the 6th her family made a formal complaint that started the investigation.

Two days later, the prosecutor ordered the arrest of the former partner of Camila Aldana Tarocco.

The man stated on that occasion that he had been with her until Saturday morning since after spending the night together he had accompanied her to a bus stop.

According to the accused, after saying goodbye, Camila was going to charge an ATM for the 10,000 pesos of the Emergency Family Income (IFE ) that the National Government grants to workers in the informal sector while the quarantine for the coronavirus is in force. But his story did not convince the prosecutor.

For this reason, Pontecorvo detained him as a suspect in the disappearance and also because he discovered that he had violated a home prison that was imposed in the context of a case for gender violence that he is dealing with in the Justice of General Rodríguez.

Then it was verified that the IFE money deposited in the young woman’s account (Camila Aldana Tarocco) had not been withdrawn nor had any movement been made.

For this Wednesday, the prosecutor ordered a new inspection at the site of the body’s discovery and the search for evidence that can be incorporated into the case.

In the meantime, meanwhile, he plans to investigate the suspect in custody. Meanwhile, within the framework of the investigation.

Pontecorvo also delayed for him to declare the young woman’s current partner, a former volunteer soldier, although he was later released but is still subject to judicial investigation.