The road to WrestleMania elimination chamber 2020 is already marked. Tampa will live the great WWE event. After the dispute of the last PPV before that appointment, many unknowns have been cleared. Read the WWE Elimination Chamber 2020 chronicle.

Shayna Baszler will face Becky Lynch in WrestleMania 36 by defeating in the elimination chamber 2020 (placed in order of appearance) Natalya, Ruby Riott, Sarah Logan, Liv Morgan, and Asuka: Shayna Baszler has no opponent, at least not tonight, since He gave a real recital. He left the fourth and in less than five minutes he finished with three opponents. Then it was Morgan’s turn and finally Asuka. The Japanese at least gave some struggle but also succumbed. Shayna will meet Becky Lynch at WrestleMania.

Sami Zayn, along with Shinsuke Nakamura and Cesaro, is the new Intercontinental champion by defeating Braun Strowman: Zayn is an expert in harnessing the wind in his favor and he did so in the elimination chamber 2020. At no time did he have a face to face with Strowman. The giant had the disadvantage against Cesaro and Nakamura, who left him practically KO in the ringside. Then, in a joint action that Zayn finished off, the Canadian ironed him and raised his first belt on the main roster. 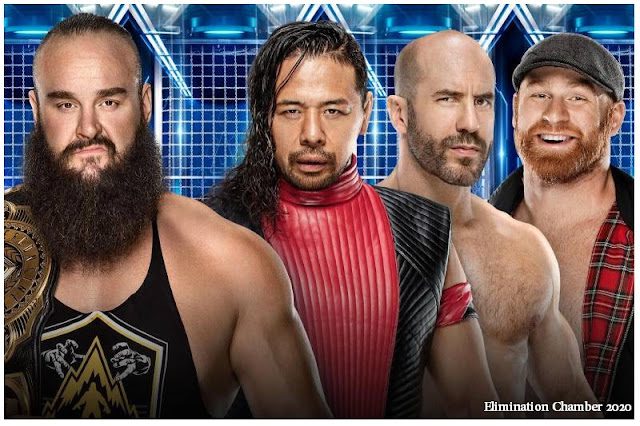 The Street Profits (Angelo Dawkins and Montez Ford) continue to be Raw’s couple champions by beating Seth Rollins & Buddy Murphy: a Very nice fight that made the public vibrate, but took a back seat on the road to WrestleMania that is cooking Dawkins makes clear in every fight that he has a great future. With variants for both, when the candidates dominated Kevin Owens appeared. He only did it to distract him, he took advantage of Street Profits. They won, signing a good performance, and then KO applied a stunner to Seth. His story continues to grow.

Aleister Black defeated AJ Styles in a fight without disqualification: Undertaker was once again the protagonist of an AJ Styles lawsuit. Although that was the end, since before Styles made Black suffer so much. In fact, he had never been so touched. He had multiple chances of victory, but could not finish any. You can never trust Black and he had his chance. When the fight turned on him, Anderson and Gallows entered the scene. There appeared from nowhere Undertaker and attacked the three members of ‘The OC’. Then he left and Black took advantage that everything was easy.

The Miz & John Morrison won their elimination chamber 2020 and continue as SmackDown pairs champions by defeating (placed in order of appearance: The Usos (Jimmy and Jay Uso), New Day (Kofi Kingston vs. Big E), Fight House Party ( Great Metalik & Golden Lynx), Heavy Machinery (Otis & Tucker) and Robert Roode & Dolph Ziggler: The champions came out in fourth place and managed to retain their belts, it was certainly one of the fights of the night, there was absolutely everything. Fight House Party had actions to remember, also Otis who broke one of the panels with his body, everything was against the champions, but Morrison and Miz knew how to wait for their moment and thus impose themselves to ensure that they will reach WrestleMania as champions. 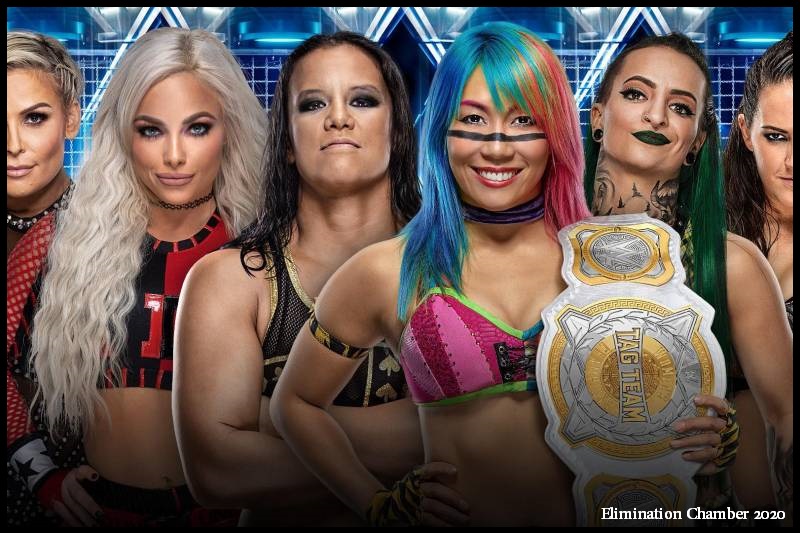 Andrade retains the United States Championship against Humberto Carrillo: Electric fighter between the two Mexicans who do nothing but increase the feud between them. Andrade won because when he made a small package he grabbed the aspirant’s pants, which allowed him to win. Before, he started strong and dominated, but Carrillo also had moments of great quality, touching on several occasions the victory. The two are very experienced and always leave the struggles of many carats. This time it happened again. Great movements, but the same result. Andrade is always saved.

Daniel Bryan won Drew Gulak: Combat between two very technical fighters that went from less to more and made the public vibrate. Gulak had said he had the keys to win Bryan, he couldn’t do it, but he showed that he knows how to make him suffer. No doubt he got into trouble with keys and supplements, but in the final part, after receiving a great punishment, Bryan quickly reversed the situation. Thanks to a Padlock of Yes, he won.

Viking Raiders (Erik and Ivar) defeated Curt Hawkins & Zack Ryder: Fast combat that had some history until Ivar appeared on the scene. Erik started dominating, but after a double fall, Hawkins and Ryder managed to get him in trouble. He had a hard time until Ivar entered, who was responsible for removing any danger to his opponents and together with Erik imposed their quality to win the match.

Great conditions were set for entry into the UK

A negative test for corona virus has been declared mandatory for entry into the UK. According to the details, a …

Watch Bigg Boss 14 Weekend Special 25th October 2020 Salman welcomes everyone to the show. He says I wish you …