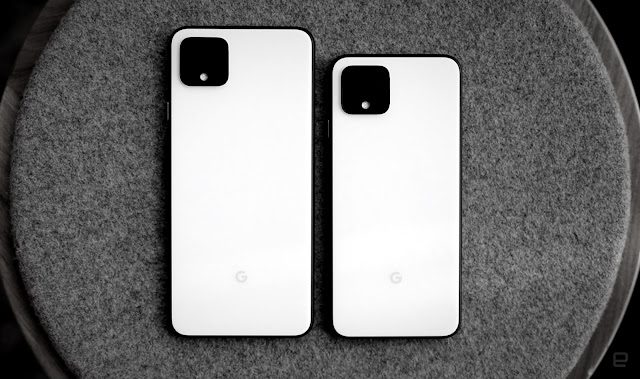 The Google Pixel 4 was announced last week and you may still have doubts about whether you should give it a try or not taking into account its news regarding the previous Pixel. Well, surely this new confirmation takes you out of doubt: the one published by Google about two qualities that will never be in old models . We tell you everything.

We have already told you many things about Pixel 4 – whose analysis, by the way, is about to fall this week – but you may still have doubts about its advantages or disadvantages with respect to Pixel 3 or any other previous generation model. Especially the biggest dilemmas will arise with the camera, the star of Pixel phones, also taking into account that a future update will give you many possibilities that the new Google terminal has right now.

Of these benefits of the Pixel 4 that will reach the Pixel 3 and the Pixel 3a we already talk to you in another article, so we are going to focus now on those qualities of the new phone that, under no circumstances, you will see in these teams or in versions of generations previous. We refer specifically to two features of the camera (what a novelty), whose deployment will never take place in other Pixel terminals as confirmed by Google itself in its official Twitter account.

The first one is the Dual or Double Exposure Exposure, which allows you to adjust the lights and shadows separately directly from the camera capture window – you have a video example just below.

The other feature is called Live HDR + , which offers you a preview at the moment of how your photo will look with Google’s HDR processing applied.

The reason? Obviously it is in a hardware limitation . The new Google Pixel 4 has certain “low-level” capabilities required for these two functions that the rest of Google Pixel phones do not have, according to Google itself, in the tweet we referred to earlier, when it responds to a user about future updates :

What is not quite clear to us is what exactly Google refers to when it had low-level capabilities and unfortunately the firm does not go into details in its tweet. The people of The Verge , responsible for echoing this news, say they have contacted the company to deepen this expression a little more, so we will update this article properly if we get to know more about it – and it is interesting to Tell, of course.

The Pixel 4 is available in the online store of Google for a price of 759 euros while the Google Pixel 4 XL is placed at 899 euros. In a few days we will tell you more about the phones in an analysis with everything you need and need to know – if you have any questions / requests, do not forget to share it in the comments of this article for us to consider. You know: don’t go far.

The fun Doodle with which Google celebrates Children’s Day