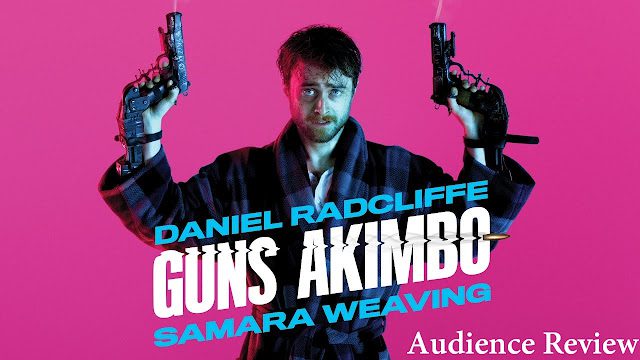 Unfortunately, in terms of nonsensical enjoyment, this movie is far closer to the 2009 Gerard Butler stinker.

Set in an unspecified future date/alternate reality, Daniel Radcliffe (who seems to take quite literally ANY bizarre oddball role to move further away from Mr. Potter) plays Miles, a self-pitying IT coder who, after a drunken evening, sends abusive messages online to the wrong guy.

The ‘wrong guy’ in question happens to oversee a despicable game in which criminals and psychopaths try to kill each other to the amusement of online fans craving some real-life gore. And when Miles wakes up with two guns attached to his hands, he finds out very abruptly that it’s done or die.

To be honest, the casting of Radcliffe is more or less the only major positive of this film. He shows (again) that he can play a comedic lead role with ease and also shows (for the first time) that he can pull off a believable American accent.

20 minutes in you’ll know exactly what you’re going to get from this movie, how it will play out and how it will end. Fans of movies such as Death Race may get a kick out of this but apart from that, it’s not really worth watching.

Not to be completely negative however, there are some decent special effects, nice choreography in the majority of the action scenes and, as stated before, Radcliffe was well cast.

If you enjoy gore, non-sensical violence, and light humor then this may tickle your fancy. If not, stay far, far away from this one.

If you are on the fence, I would suggest the immensely underappreciated Clive Owen movie Shoot ‘Em Up – it provides everything that this movie does except it does it much, much better. 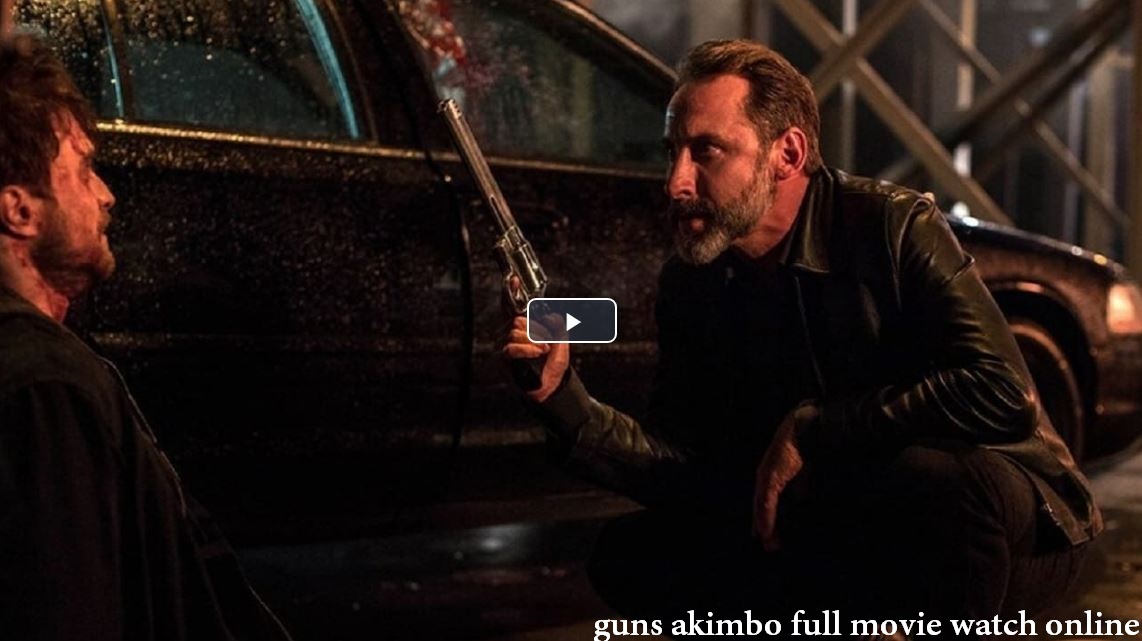 Gilbert the Onion Boi Given 5 Star out of Five ★★★★★
This was honestly one of the most entertaining movies that I’ve seen in a while. Daniel Radcliffe was frickin hilarious and has lots of fun action sequences.
There are so many twist and turns which makes it very rewatchable and just super entertaining. It doesn’t try to make a deeper meaning out of the story, in fact, it doesn’t try, which I think makes pure fun.
Nimmin Given Given 3 Star out of Five ★★★
I loved the action sequences and the humor throughout. Some of the little Easter eggs were cool too! (DOOM Eternal represent!) However, the senseless violence couldn’t carry the whole movie and got sickening toward the end.
Don’t think it’s anything special, but it’s nothing atrocious either. If you need a background movie for a hangout with friends, this is adequate.
Ashiqur Rohman Given 3 Star out of Five ★★★
Watch (Guns Akimbo Watch Online) this for the joy Samara Weaving and Daniel Radcliffe are…Samara is the next big thing, to be honest…After Ready or not, she excels here as well with her amazing presence and Daniel is just brilliant. Not a great movie yes but its pretty fun and actually is funny at times. A fun movie to watch and relax on a Sunday afternoon!
Derek Tunui Given 4 Star out of Five ★★★★
I found that the plot was completely ridiculous (Guns Akimbo Watch Online) yet intriguing which is why I persevered with it.  The action (guns akimbo review) while entertaining seemed to try too hard to mimic that of a Quentin Tarantino movie without the finesse of QT. The American accents except for Radcliffe’s were cringy at best. What does that all mean?  It has the potential to become a cult movie – no doubt in my mind!