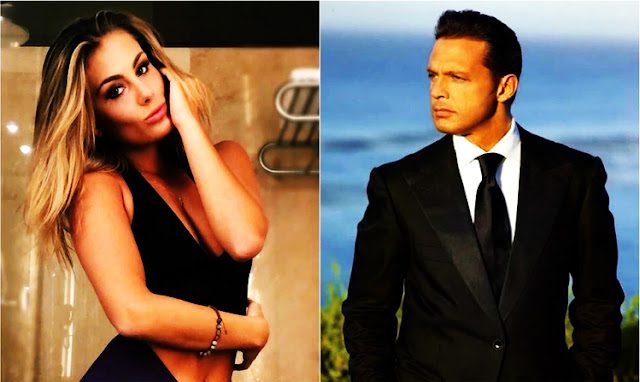 Luis Miguel’s girlfriend talked about the recent story that involved her in an abortion.Inventing a lie about a baby is disgusting. Mollie Gould shared through Instagram stories some messages related to the article published in a Mexican magazine.

The model and showgirl Mollie Gould, girlfriend of singer Luis Miguel, responded to the recent story published by a Mexican magazine, according to which the interpreter would have asked her to abort and for that reason she (luis miguel’s girlfriend) was absent from some presentations of the tour in the United States.

According to the story published by TV Notes in its most recent issue, Luis Miguel was enraged when he learned that Mollie was expecting a baby.

“When Mollie surprised him, instead of rejoicing at the great news, he was indifferent and exploded in anger; he was very upset and shouted at him that he had made a big mistake, since since they started their relationship, he already he had clarified that he did not plan to have more children, that he wanted to enjoy life without more commitment, responsibilities, or problems, “a supposed close source from the singer’s environment told the magazine.

The same person said that Mollie ” was very sad and distraught, he thought Luis Miguel would act differently, even that he would change his mind as soon as he knew it, but it was not so. Although Mollie is an independent woman and has her little money, she knew she could not carry alone with the responsibility of a baby at this time, because in a way it would modify her lifestyle and affect her in her work as a model; she also knew that the baby would not help her to tie Luismi further. ”

Given the echo that caused the story published by the magazine, Gould responded to the issue through Instagram stories.

I’ve never had an abortion, inventing a lie about a baby is very disgusting

He also said that in two years of touring with Luis Miguel, he has never missed a show. “Whoever wrote the story and is making money from it, it is so disgusting to invent such a lie about a person, honestly it is very sad.  I hope it was worth taking the time to write a false story because now nothing is worth, fake news”.

In that same message, Mollie asked people to look for “something better to do with their lives , talk about the beauty of the planet, the happiness of the world, too much negativity and false people in this world.”

In another of his stories he was seen in one of Luis Miguel’s recent concerts and in one more he wrote that he has a beautiful and happy life and assured that the false news amuses him.

Although Luis Miguel is a very reserved person regarding his romances and his private life in general, Mollie has sometimes referred to his relationship with him. Not only for his recent response to the false story, but – for example – in the last installment of the Grammy he wrote a message to congratulate him on his Instagram account.

Luis Miguel’s name was news this week when “La Chilindrina” revealed that he had a romantic getaway for him, on a yacht by Acapulco, in the 80s.

During her participation in a Peruvian program, she remembered that she was sunbathing on the beach and saw that a yacht was constantly passing from where she was being complimented.

In the same broadcast (luis miguel’s girlfriend) they presented a photograph of the singer with the character and “La Chilindrina” commented that it was a test “so that he does not say that I was not his first love”.