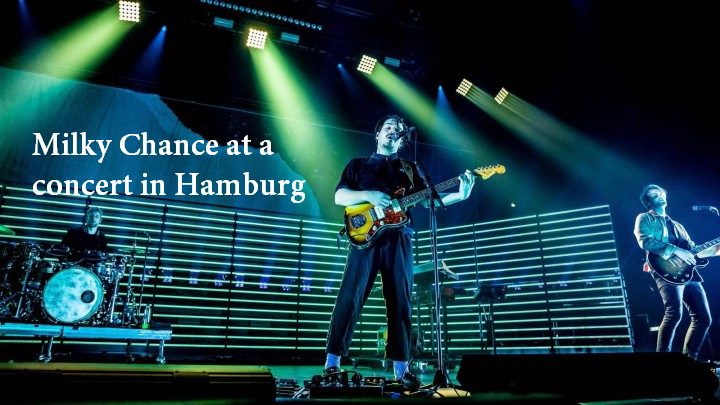 One World Together : The Rolling Stones, Elton John, Taylor Swift, and many other international stars perform a virtual benefit show from Saturday to Sunday night to collect donations for the fight against the coronavirus. A German band is also part of the internet concert.

The event “One World – Together At Home” will kick off in the evening with a six-hour live stream (from 8:00 p.m. CET) with performances by numerous celebrities. This is followed by a two-hour show at 2:00 p.m. featuring musicians such as The Rolling Stones, Paul McCartney, Elton John, Stevie Wonder, Taylor Swift, Alicia Keys, Jennifer Lopez, and Pharrell Williams.

The concerts can be seen on YouTube, Twitter, Facebook and Instagram (further information and reception options can be found here ). The event was organized by the US singer Lady Gaga and the activist community Global Citizen.

Support for health workers and WHO

Global Citizen claims to use the virtual show to support health workers in the corona crisis. In addition, donations are to be collected for a World Health Organization (WHO) fund to combat the virus pandemic. According to the organizers, a total of around 100 celebrities from music, television, and sports want to take part in “One World – Together At Home”.

A performance by the Hessian pop band Milky Chance is also planned. Philipp Dausch and Clemens Rehbein, who was born in Kassel, were currently touring the USA and Canada according to their original plans. Because of the Corona crisis, they had to postpone their performances. Now the two 27-year-old musicians are the only German artists to attend the big benefit concert.

She doesn’t do that nervously, said singer Rehbein of the German Press Agency. “Perhaps excited and anticipating, but not jittery. It’s cool for us to be there. ”

Milky Chance will contribute their songs via live stream from Kassel. “We still have our rehearsal room or our home studio here,” said Rehbein.

His bandmate Dausch will travel from Berlin especially. “Philipp comes to Kassel and we’ll see each other at a safe distance,” said the singer. Milky Chance will play three songs, according to Rehbein “a mixture of new and old songs”.

The musicians have published several “stay-home sessions” on Internet platforms such as Spotify and Instagram, in which they play acoustic versions of songs from their new album – obviously with a long reach. Through these pieces, according to Rehbein, the organizers of Global Citizen became aware of Milky Chance.

Even actors among the guests (One World Together )

The special broadcast “One World – Together At Home” starts with a six-hour live stream with appearances by international stars and stories about people who are working against the coronavirus. Guests include actors Don Cheadle, Samuel L. Jackson and their colleague Sarah Jessica Parker, and US soccer world champion Megan Rapinoe.

With the virtual special show, Global Citizen claims to “create a moment of global unity in the fight against COVID-19“. According to Evans, it should support health workers in their fight against Corona. The New Yorker hopes that “from this moment on we will be forever grateful for the work of doctors, nurses, teachers, and grocers – and all those who are the backbone of our communities.” Lady Gaga emphasizes that the organizers of the streaming event will not appeal to viewers willing to donate. “Leave your wallets and credit cards in the bag when it starts. Just sit back and watch the show,”