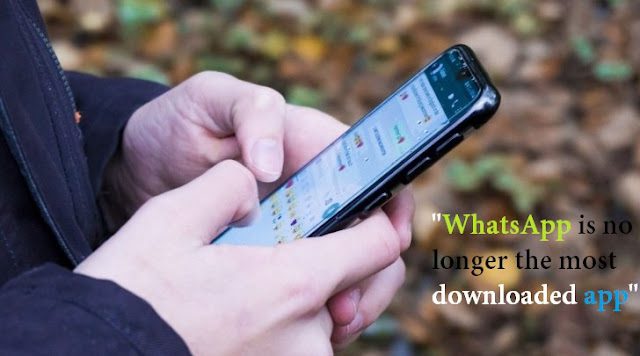 Tik Tok took the throne from the Facebook app. On Android, it achieved 104.7 million downloads in January.

WhatsApp was dethroned as the most downloaded application (Whatsapp application 2020) in the world. After leading the ranking throughout 2019, Tik Tok appeared to move it.

The application of Chinese origin, developed by ByteDance, reached 104.7 million downloads in January on smartphones that use Android as an operating system. They also took first place in Apple phones, which run with iOS.
Tik Tok is a social network that allows its users to create videos between 3 and 60 seconds. You can also make music videos with a maximum duration of 15 seconds.
Facebook and Instagram fell to third and fourth place among the most downloaded applications in the world. Netflix appears in the fifth position.
Great news for TickTok users
The application created by ByteDance experienced a boom in the second half of 2019. The challenge that Tik Tok has ahead is to stay, a situation that is not at all simple when you face a giant like Facebook, owner of WhatsApp and Instagram too.

The rise of TikTok not only hurt WhatsApp. Facebook and Instagram also lost a position and were third and fourth respectively. In this way, the big loser turned out to be Mark Zuckerberg since his three main applications were relegated.

Whatsapp Tricks 2020 To Use Bold